I’m pleased to welcome Aimee Engelmann our guest blogger this week. You can read more about Aimee at the end of her blog.

In 2013 the marketing agency that I’d built up successfully over six years was starting to struggle. Due to a number of factors the business suffered a 22% decline in revenue in six months. It was clear to me we were heading for trouble if I didn’t take action. At this lowest ebb I decided to hire some offshore talent.

It doesn’t matter whether you’re a shoe shop owner or a C-suite executive; chances are the profitability of your business is impacted by a large number of tasks that are non-revenue producing. Likewise, chances are quite a few of those tasks can be done for you at a much lower cost by offshore staff.

The advent of Cloud technology and the rise in the number of tertiary educated graduates in developing countries like the Philippines means that businesses around the globe can now access skilled and reliable offshore talent to take on a wide variety of tasks and roles.

The reality is that so many more businesses now have the great opportunity to save money and radically improve margins – all that’s required is a simple change in perspective.

Many people still dismiss Offshoring as too risky, or they don’t even consider it out of some antiquated belief that it’s an option only for large corporations and call centres. This simply isn’t the case anymore.

In the last few years Offshoring has become a far more sophisticated industry that now caters to the diverse needs of all levels of business.

My own experiences as an owner and managing director of a boutique marketing agency attest to the benefits that Offshoring can bring to a smaller enterprise.

Offshoring? Who me? Yeh right

“Hey Aimee, why don’t you look into getting some offshore help? My mate has a heap of staff in the Philippines. You could save a packet by sending some tasks like graphic design overseas.”

My response? No way, not a chance; that would be a disaster. I just didn’t think it possible for offshore staff to do what I needed, to the standard I required. Little did I realise this was an uninformed assumption that was extremely limiting for my business.

It would only take another two years before circumstances would force me to revisit that assumption and give me the opportunity to consider Offshoring on its actual merits.

When the going gets tough the tough get resourceful

As 2013 rolled on it became obvious to me that challenging times were ahead. The agency experienced a decline in revenue and an aggressive competitor was playing in my niche. They were undercutting me, and making their presence felt.

I was struggling with the same challenge many businesses in Australia face. The high cost of doing business, in particular wage costs, was stopping me from growing my business. I was hamstrung – I was simply unable to respond to my competitors. Employing someone locally to help stimulate growth just wasn’t an option.

So in late 2013 I decided it was time to be bold and do a bit of on-the-ground research. I was now considering Offshoring as a serious option so I jumped a plane to Asia to explore things for myself. These were some of the key criteria I used to look for ideal locations and candidates:

After plenty of meetings and facility tours I soon got a sense of what was possible. It was obvious to me that the talent was most definitely available and the Philippines was the #1 place to find it. I witnessed for myself the country that has the 3rd largest English-speaking population in the world. I also learned that they produce half a million tertiary graduates every year.

What astonished me the most about the Philippines was the sheer depth and diversity of professional roles that were already being outsourced to Western businesses. Any assumption I may have had that Offshoring was all about call centre work and telemarketing was completely shattered.

I discovered that Australian companies were already successfully outsourcing roles in the following areas:

Upon seeing all of this for myself I was buoyed by what was possible for my business. Within the space of one overseas tour my perspective had shifted dramatically. I was no longer bombarded by doubts. Instead I was brimming with optimism at what could be achieved with the low-cost professional talent now at my fingertips.

The research proved to be very promising, but the proof belongs in the proverbial pudding. So what was the end result?

Well, I did offshore some tasks, and in a year where revenue declined 22% I was able to drive net profits up 5%, from 12% to 17%. In time it became clear to me that there was no way I could’ve recovered from that decline in revenue without Offshoring. The marketing agency was so very close to becoming a statistic that year that I can now say unequivocally: Offshoring saved my business!

Fast forward to September 2015, I was able to successfully sell the agency with 5 employees in Australia retaining their jobs, and 2 overseas. The business was leaner and more profitable as a direct result of Offshoring, and importantly it thrived, keeping Australians employed whilst also giving staff in a developing country a decent income and career.

This article was first posted on Aimee’s blog. You can find the original post here. 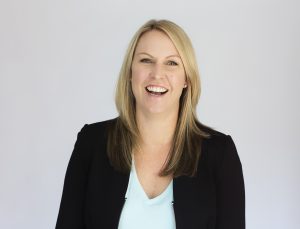 About the author:   Aimee Engelmann is Australia’s pre-eminent speaker on Business Growth and the Offshoring industry. She taught University of Queensland’s Business School’s Executive Program on Offshoring. She is the CEO and Founder of Beepo, an Australian-owned Offshoring firm in the Philippines. Aimee is a Fellow of the Australian Marketing Institute, Certified Practising Marketer, and the winner of the 2015 Young Entrepreneur Trailblazer Award. You can follow her on Facebook, Twitter – or follow her via her personal blog – http://www.aimeeengelmann.com.au/

Make sure this account has posts available on instagram.com.

Visit us on LinkedIn

Disclaimer: Your full financial solution will need to be reviewed prior to acceptance of any offer or product. We encourage you to seek independent financial advice and legal advice as part of your decision making process.

Disclaimer: Your full financial solution will need to be reviewed prior to acceptance of any offer or product. We encourage you to seek independent financial advice and legal advice as part of your decision making process.

Thank you for your Enquiry. We will be in touch within 24 hours. In the mean time, feel welcome to email us at info@loanezi.com.au or call us 1800LOANEZI.